Over 23,000 downloads of KU Pilot Collection titles from 154 countries

In March 2014 Knowledge Unlatched started to unlatch books in its Pilot Collection, making them available to anyone in the world to read or download for free on a Creative Commons licence. This was the culmination of a behind-the-scenes process of loading the titles onto our partner host platforms: OAPEN and HathiTrust. The books became live on the OAPEN platform first – followed soon after by HathiTrust. The final book in the Pilot Collection was published and made OA on 2 September.

The period covered by the data below is from 11 March to 31 December 2014. The data provided pertains to downloads from OAPEN’s website only and is COUNTER compliant. This means that raw download figures have been filtered according to a standard methodology, in order to ensure that the numbers represent real downloads rather than the activity of online bots. OAPEN work with IRUS-UK, a Jisc-funded repository and infrastructure service. 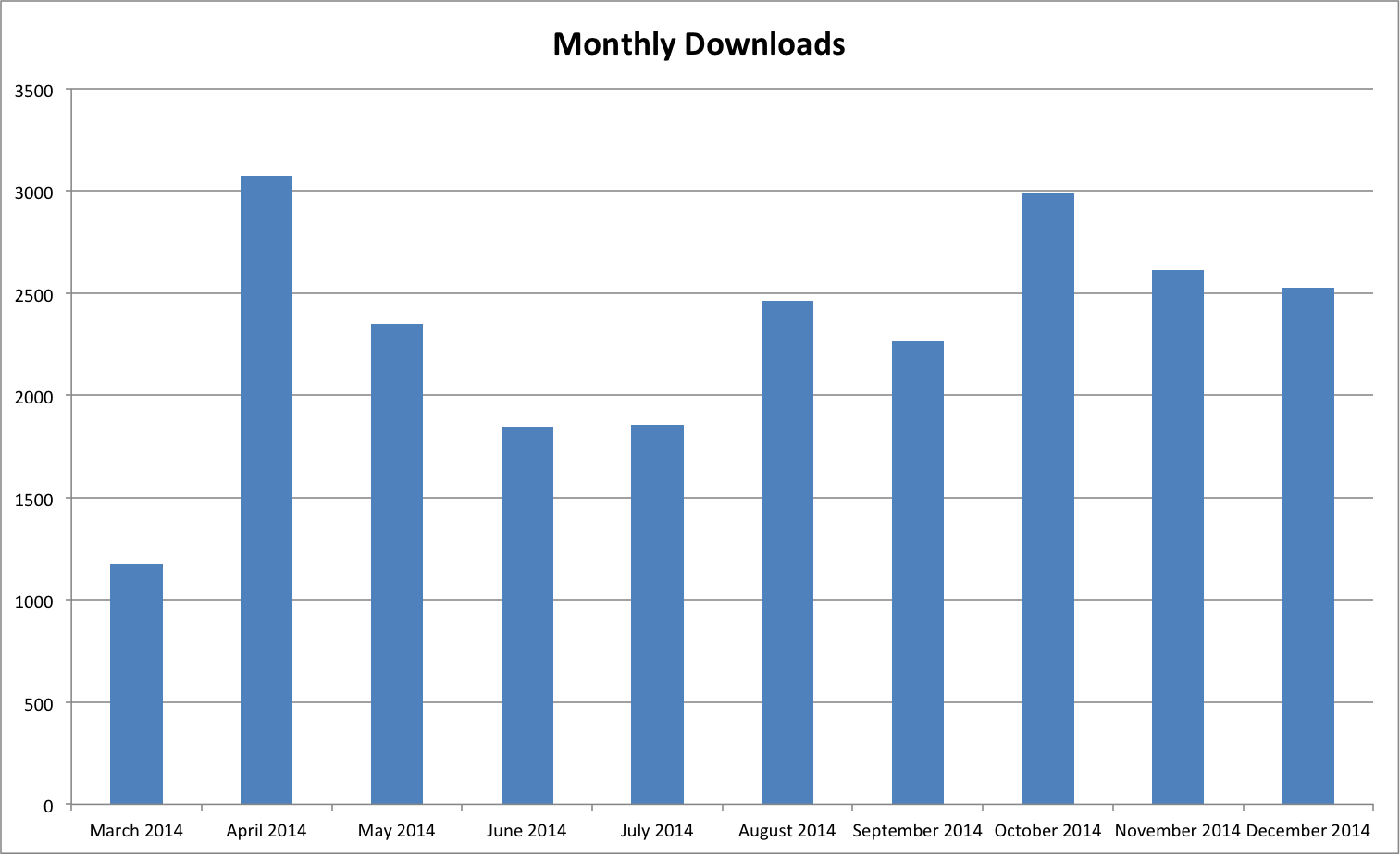 Readers in at least 154 countries downloaded books from the collection.

Global impact Number of countries downloading KU titles: 154*
*The country of origin for 391 downloads could not be identified. 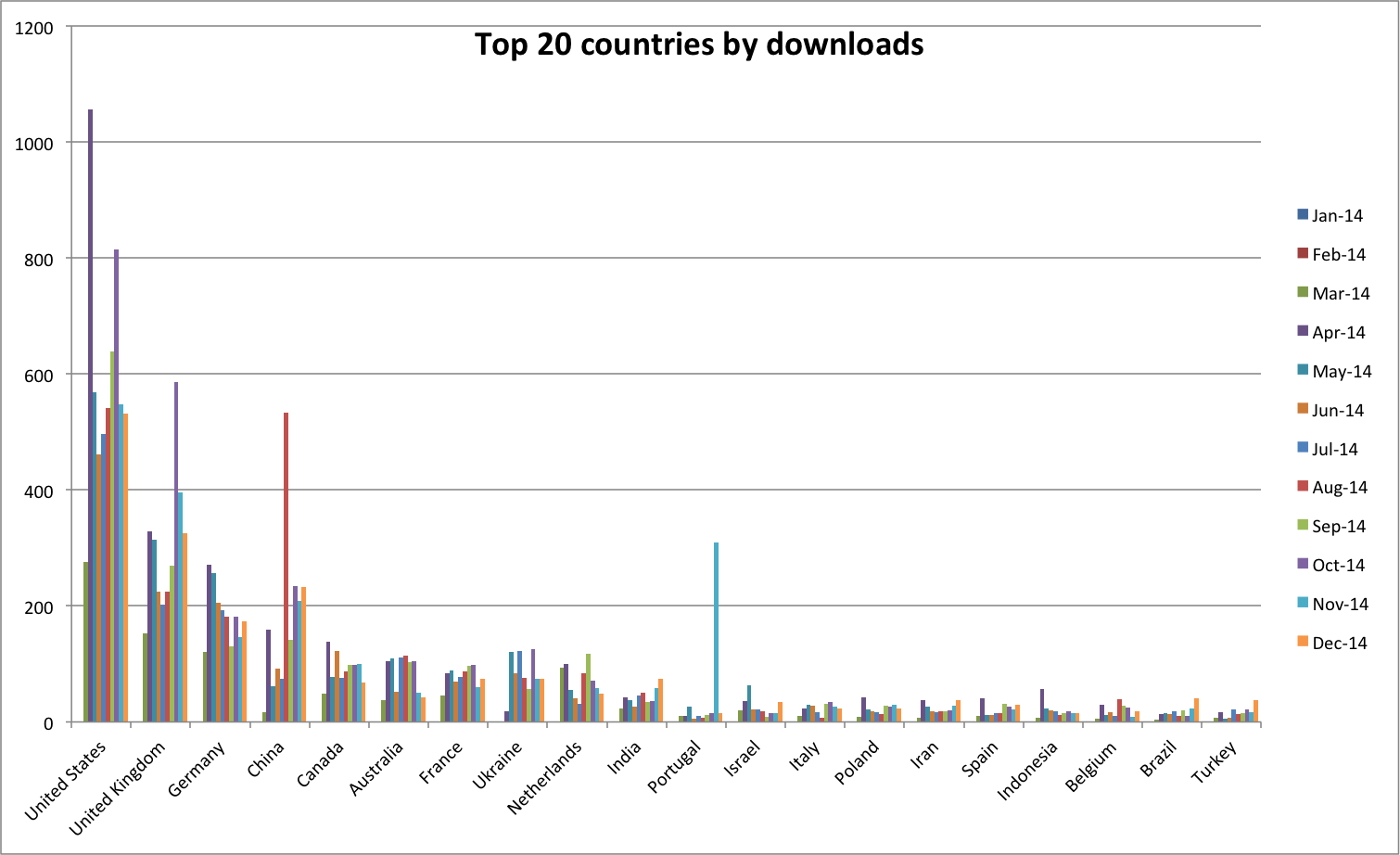 This approach to licencing is already helping to increase the reach of the KU Pilot Collection titles. Unglue.it has posted the majority of the books in the Pilot Collection to the Internet Archive, increasing their visibility and discoverability and helping to promote the KU project and the publishers that are engaging with it.

The Internet Archive’s website does not indicate a starting date to their reporting period nor have all of the books in the Collection been uploaded yet. However, here are the statistics that we were able to obtain (status: 2 February 2015). These statistics are available for anyone to read.

We hope to present statistics for HathiTrust’s digital library soon.