Following on from its highly successful Pilot concluded last year, Knowledge Unlatched is delighted to announce the launch of its second collection.

If at least 300 libraries from around the world pledge their commitment by 31 January 2016, 78 new Humanities and Social Sciences books will be made free for anyone in the world to read on an Open Access basis. 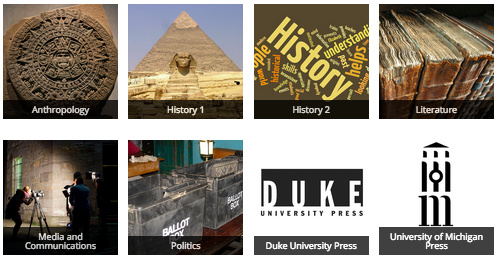 The collection is made up of eight packages – providing participating libraries the choice of supporting all eight or selecting at least six packages.

Knowledge Unlatched is inviting libraries to pledge a capped maximum of US$3,891 to ‘unlatch’ the whole collection. This is an average of just under US$50 for each book. Publishers have agreed to recognise additional format purchases by participating libraries with a deduction made on the KU unlatching fee.

The Knowledge Unlatched model is based on libraries from around the world sharing the payment of a single ‘Title Fee’ to publishers, in return for books being made available as a fully downloadable PDF via OAPEN and HathiTrust on a Creative Commons licence upon publication. Because the Title Fee is a fixed amount, as more libraries participate, the per-library cost of ‘unlatching’ each title declines.

Libraries can view the collection and pledge their interest at: http://collections.knowledgeunlatched.org/

Pledging will remain open until 31 January 2016.